Samsung is known for making all kinds of display panels, but the South Korean giant says it will stop making LCD panels by year's end. Quantum Dot panels (QLEDs) will replace standard LCDs.

According to Reuters, Samsung Display, a subsidiary of says it will cease LCD panel production by the end of the year. The reasons consist of small profit and falling demand. The Android OEM currently has LCD production lines in South Korea and China, but those will end before 2021. Samsung says it will still ship LCD panels out to its clients without trouble this year, but at this point, they're a dying breed. 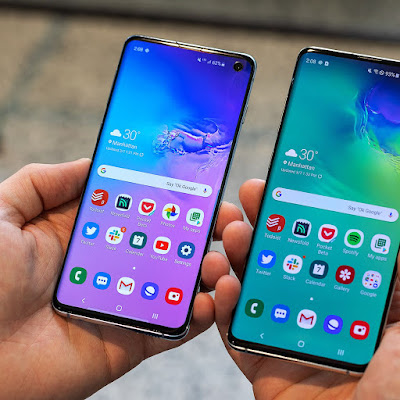 LCDs and small profit
One main reason behind the end of LCD panels pertains to their small profit. A Samsung Display representative said back in 2016 that "Samsung is initiating an exit strategy for LCDs." Samsung also said then that LCDs are unprofitable.

As one of the mobile market's largest display suppliers, Samsung would know. There's simple math to explain it. When a display is already cheaper to make than its counterparts, companies get a smaller cut of the profit. LCDs are extremely affordable to make, so there's very little profit in making them.

The Android phone market is rolling along due to premium smartphones that are now exceeding $1,000 USD in price. In the premium segment, Samsung can charge a premium price for OLED panels and increase its profits with rising costs.

Falling Demand
LCD panels not only yield a small profit. They are also in falling demand. They remain on the market mostly for budget smartphones. For OEMs making budget smartphones, LCDs allow them to place a decent panel on their budget phone for next to nothing. That way, OEMs lose very little (next to nothing, in fact) when making them.

When an OEM like Samsung is in the production business for money, and a product continues declining in profit, companies lose interest in the product. This is why LCD is on its way out.

Samsung has been fizzling out LCD for some time
Samsung is being honest about its bygone desire for LCD panel production. The South Korean giant shut down six LCD plants by 2016 to make room for OLED panel production. Samsung has started laying the groundwork for a new QLED factory in Asan, South Korea. The new factory should start operations next year.
at May 03, 2020